On Sunday 12th July 2015, Holy Innocents parish held a youth mass to which all young people across Bromley Deanery were invited.  The theme of the day was mission and the young people who attended the afternoon workshops contemplated how they were being called to proclaim their faith by joining in a variety of activities such as collage artwork, creating their own bidding prayers for the liturgy and preparing and practising music which would become an integral part of the mass.  A particular feature of the afternoon was the Iconography workshop led by Luke Goymour (Youth Leader, Tunbridge Wells) who has expertise in creating beautiful icons in addition to other forms of religious art and explained to the young people the various ways in which art can be used as a form of spiritual expression and prayerful worship.

The afternoon workshops concluded with refreshments before coming together with the parish community for Mass. 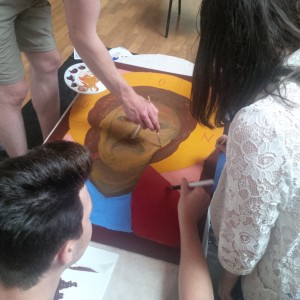 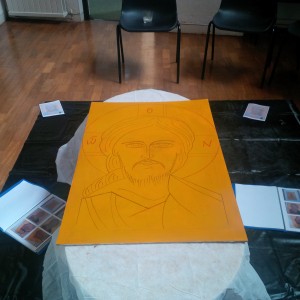